Surya’s attractive new look, the talk of the town! 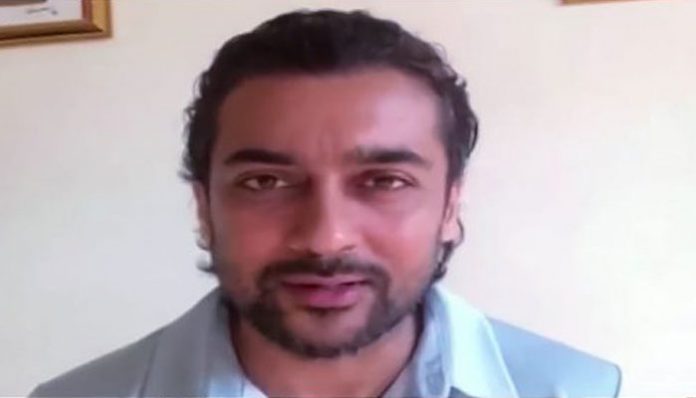 Actor Surya is getting ready for his next movie with the Director Vetrimaaran and the name of the movie was announced recently by Vetrimaaran as, ’Vaadivasal’. The movie is produced by Kalaipuli S. Dhanu, Cinematography by Velraj and G V Prakash Kumar is composing the music. A point to be noted is that, this is the 75th movie of G V Prakash as a Composer and the 40th of Actor Surya. And this is the first movie of Actor Surya with the National Award winner, Director Vetrimaaran.

Surya is believed to be doing a dual role in ‘Vaadivasal’. One of that is of a village youth, as in the First Look of the movie and the other is not yet revealed.

Recently, an attractive new look of Surya, with long hair, is going viral in the media and that is said to be the other getup of Surya in Vaadivasal. Whatever may be the truth, but the anticipations about the movie is in the increase.