Once again Dhanush joins with Anirudh 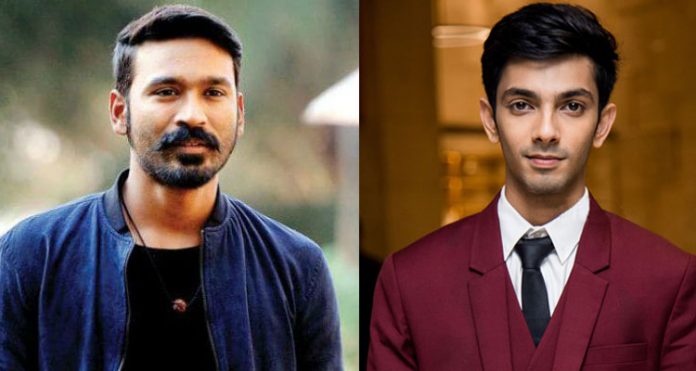 Anirudh Ravichander, son of veteran Actor Ravi Raghavendra, is one of the leading music composers of South India. The young man, who is in the field for around 9 years, has a very admirable profile. He has worked with almost all leading actors of Tamil Film field, including the Superstar Rajinikanth.

He is a Play back singer too. Numerous awards he has won for his Music and Singing in Tamil and Telugu, as much as 9 South Indian International Music Awards, 6 Edison Awards, 5 Vijay Awards, 2 Behind Woods Gold Medal, 2 IIFA Utsavam Awards, 2 Film fare Awards, 1 Zee Cine Award and 1 Ananda Vikatan Cinema Award.

His debut Music Direction was with Dhanush in his movie ‘3’ in 2011. The song ‘Why this Kolaveri’ in that movie became very popular. Following that, Anirudh was the Music composer for all the movies acted and produced by Dhanush. But for unknown reasons, Anirudh was not there in Dhanush’ movies in recent times.

Now the happy news is that the pair is joining hands in the upcoming movie of Dhanush, going to be directed by Mitran Jawahar.