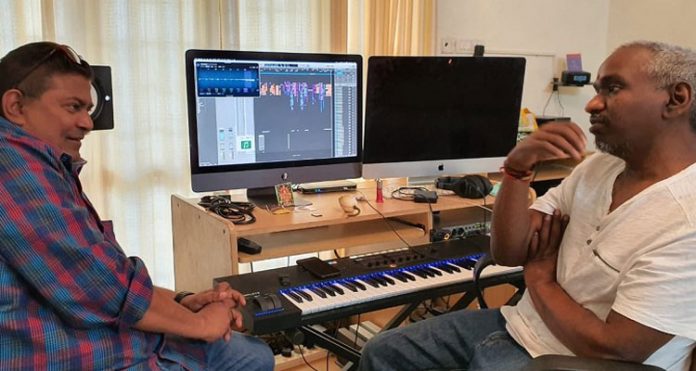 The 2014 released Tamil horror movie ‘Pisaasu’ was written and directed by Mysskin and produced by Director Bala, with new faces and debutant Music Director Arrol Coralli. The movie was Box Office Super hit and said to be one of the most profitable Tamil movies of the year.

The movie receive all positive acclaims like, “Must watch movie’, ‘deserves much applause’, ‘Very satisfying horror movie’, ‘Stunning Music’ and so on. All credits to Mysskin for making the best use of everything, including the new actors and the Debutant Music Director.

Last week Director Mysskin announced that, the shoot of the sequel, ‘Pisaasu 2’ is going to start next month with Andrea Jeremiah and Rajkumar Pitchumani in the lead roles. Also, the Director has twitted that Composer Karthik Raja is doing the Music of the movie, with a photograph of him with the Composer on job.

Karthik Raja, the eldest son of the Legend Ilaya Raja, is well experienced in Composing with music in his blood.With this experienced crew, we can expect, Director Mysskin will give a glorious presentation.