Super Star Rajinikanth 2.0: Half the way 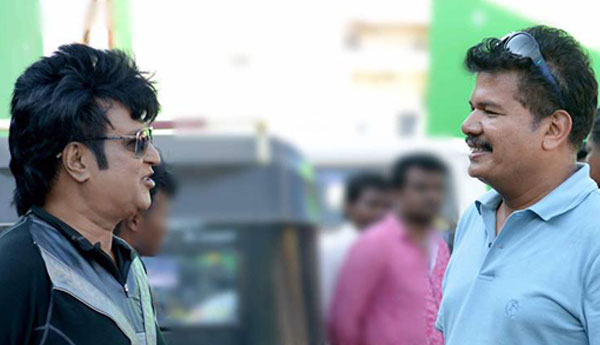 A cool photo of Superstar Rajinikanth with coolers is getting viral in social medias from the last night.  This was posted by the Director of 2.0.

2.0 is upcoming movie of Super Star, directed by  S Shankar which is Part II of Enthiran (2010). The movie is produced by Subaskaran Allirajah under his banner Lyca Productions.  A R Rahman has composed the music for this movie.  Amy Jackson and Akshay Kumar are playing lead roles with Rajinikanth. Sudhanshu Pandey and Adil Hussain are also playing important roles.

Director Shankar has uploaded the photo in a social network, which seems to be of Chitti in 2.O and has shared that, “100th day of 2.0 shoot. Ufff…finished 2 major action sequences including d climax n other important heavy vfx sequences with our Superstar n Akshay Kumar. Loading 50%”.

Major portion of the shoot is going on in Chennai. Meanwhile, the technical works and making of robots is going on in U S and the Super Star is there supervising the works and modeling for robot. He is expected to join the shoot in the first week of July. The release of the movie is planned in 2017.