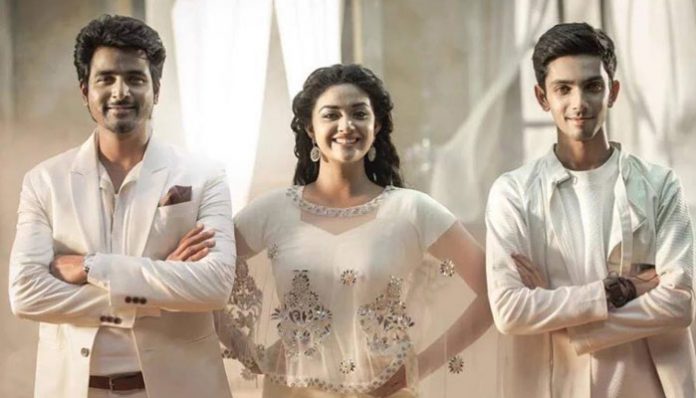 Sivakrthikeyan’s upcoming movie Remo is being on talks from the day it was announced, as many famous technical artists are involved in the movie. Music by Anirudh, cinematography by P C Sreeram, Hollywood makeup artist Sean Foot, sound design by Resul Pookutty and the recent successful onscreen pair Sivakarthikeyan-Keerthy Suresh are the attention seeking elements of this movie. Bhagyaraj Kannan has directed the movie.

Recently there was a buzz that the title of the movie was changed to Renganathan Engira Mohana for claiming the Entertainment tax exemption given by the Tamil Nadu State Government for the movies titled in Tamil. But the Remo team has strongly refused this saying the movie title will never be changed. They have also added that the title Remo is a proper name of a character and so there is no need of changing the title for tax exemption. The post production of the movie is in finishing stage and the movie is scheduled to be released on 7th October.