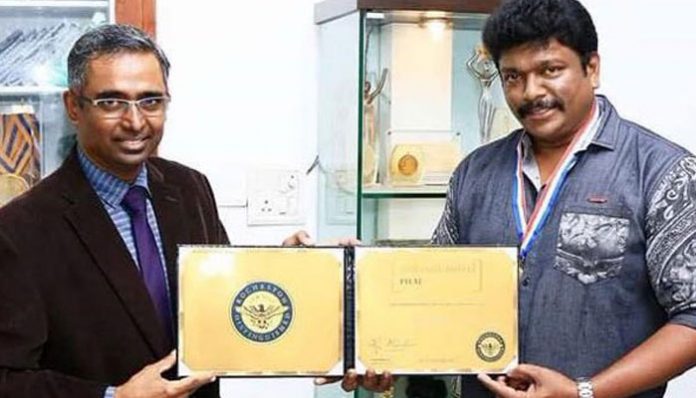 It is the season of awards, actor Kamal Hassan has received the Prestigious Chevalier Award for the France Government, and now the multitalented actor, director and writer Parthiban has been awarded by the Rocheston Accreditation Institute of New York as the Distinguished Director.

The institute has awarded him with a gold coated certificate, they have mentioned that his performance in the film Bharathi Kannamma as Bharathi and his work as a director and actor in the movie Pudhea Paadhai are appreciable. Also his daring attempts and creative thinking will continue to inspire the creators all over the world.

Parthihban has also emanated his compliment to Kamal Hassan on the note of receiving the Chevalier award. He has tweeted that, the way Kamal Hassan thanked in English for the Chevalier itself deserves a Chevalier, which remained him the words of K Balachandar, ‘Being a school dropout Kamal’s English in times makes me to refer the dictionary.’ He also mentioned, Kamal Hassan is worth for receiving any award in the world given for artistic contribution.