Silence, a horror movie directed by Hemant Madhukar, produced by Kona Venkat and Vishwa Prasad and released in Tamil and Telugu at a time. Madhavan and Anushka Shetty play the lead roles and supported by Anjali, Shalini Pandey, Srinivas Avasarala, Subharaju and Michael Madsen. Music by Gopi Sundar and Cinematography by Shaneil Deo.

The story is about Sakshi (Anushka Shetty), a deaf and mute painter who goes to a Mansion in Seattle, America with her fiance Anthony (Madhavan) to get a special painting, available in that mansion building so that she can replicate it. There Anthony gets murdered mysteriously and Police investigates and the story goes on. That building was haunted and left abandoned for many years and so on. 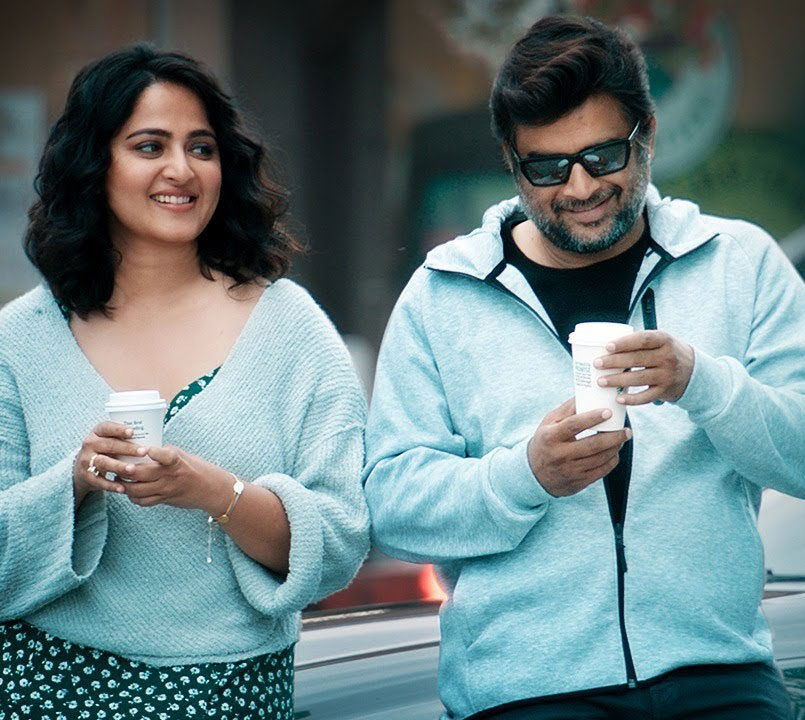 There are many drawbacks in the movie. Opening scene was very nice and promising. The disappointment is no other scene was like that. Nothing impressing and we find it very difficult to stay till the end. Anushka Shetty does the role well as a deaf and mute but not allowing her drawbacks overcome her ambitions. Her acting is not excellent and she is the best among all acted in the film.

Characterizations itself has many flaws. Why Anushka Shetty is deaf and mute and what importance it has got with the story is not clear. Her inability to speak and hear doesn’t make any difference anywhere. This characterization may be to justify the title. But we feel that the title is the answer for all questions arising within us during the movie.

Why Madhavan is a billionaire and a world class cello player and what connection it has got with the story is again a question mark. It seems that it is a ploy not to hamper the image of the renowned actor.

Finally, why the story is set in America, what difference it makes to the story telling is a great mystery. The concept could have been fitted easily anywhere else. By setting the story in U S, we get a very different feeling of the characters struggling in speaking English, the accents are out of sync and the dialogues are like translated from Telugu to English.

Music and Cinematography are remarkable.

The motives of almost all the characters are not explained. The film tries hard to Americanize an ordinary story and to evoke a different feeling. But all that we are left with after seeing the film is the title of the movie, Silence.