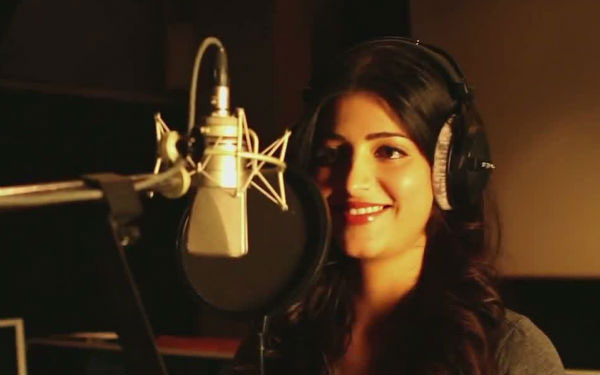 Shruthi Hassan has been a prominent heroine in Tamil, Telgu and Hindi films states that she is much interested in Music than acting and she never thought of becoming an actress. Shruthi is having a handful of movies in Tamil and has been acting with top hero’s like Ajith, Vijay, Surya etc…

She had acted with Vijay in Puli and the movie released recently and is doing well at the Box Office. Now she is acting with Ajith in Vedhalam which may hit the theatres on Diwali. As most of her movies are successfully, producers are lining up in front of her office.

When she talked about it “I was never thought of becoming an actress and that too I never imagined of a Bollywood heroine but everything happened in no time. I like to compose music and I would like to create record in it.”

Now, I am busy with movies and not getting time to concentrate on anything else but will try to compose music next year. I have sung few songs also.