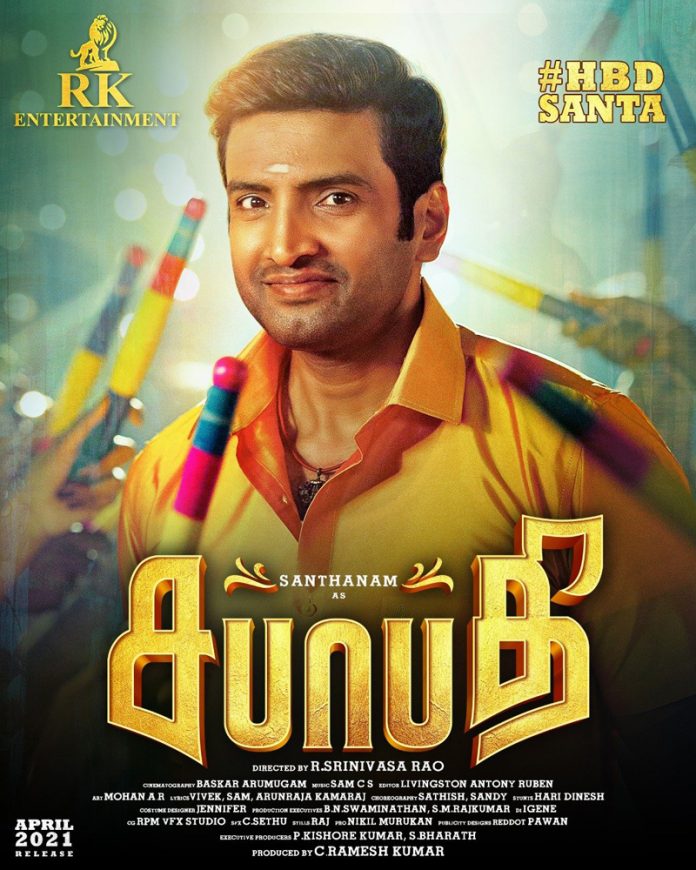 Comedian turned lead actor Santhanam had recently completed his movies, ‘Dikkilona’ and ‘Parris Jeyaraj’, in the lead roles. Talks are going on for the release of the former in the OTT platform and the latter is announced to hit the big screen in January.

And the actor has started the works of his next movie produced by the ‘RK Entertainment’ and directed by R Srinivasa Rao, who was an assistant to Director Arivazhagan. MS Bhaskar is playing the father of Santhanam and the movie is said to be on the emotions between a father and son.

Shayaji Shinde, Vamsi Krishnan and Lollu Sabah Swaminathan are said to be playing vital roles in the movie.  Sam CS is scoring the music and Madhavan is editing the movie. The movie started rolling at Kumbakonam on 22nd and shoots are planned at Trichy, Srirangam and parts of Chennai.

Regarding the movie, director Srinivasan stated that the movie will be apt for Santhanam and it will reflect the understandings between a father and son. Though filled with enough comedy, there are scenes to connect the audience, emotionally with the movie. The the film titled as Sabapathy.