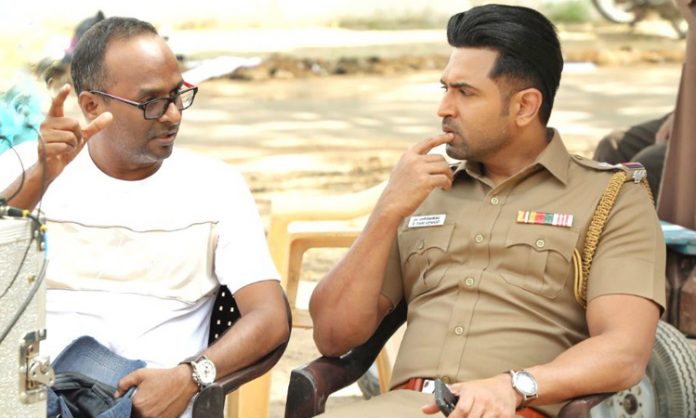 GNR Kumaravelan has directed 4 movies so far, starting with ‘Ninaithale Inikkum’ in 2006 which was a remake of 2006 Malayalam movie ‘Classmates’. His movie, ‘Haridas’, released in 2013 was commercially an average hit, but received very positive reviews.

And the upcoming movie of GNR Kumaravelan is ‘Sinam’ starring Arun Vijay and Palak Lalwani.  The movie is produced by K Vijayakumar under the banner ‘Movie Slides Private Limited’. Shabir is scoring the music and the camera is cranked by S Gopinath. And Madhan Karky is writing the lyrics.

Arun Vijay is doing a cop in the film and on the movie; he says that it is an emotional thriller which has lot of emotional angles to attract the audience worldwide.  The movie has a positive approach, despite being a thriller film. The movie has equal parts of action and emotions to keep the audience engaged till the end.

The movie will be a world clause one and the team is making it ready to participate in various International film festivals.

The movie is in its post production and expected to be released soon.