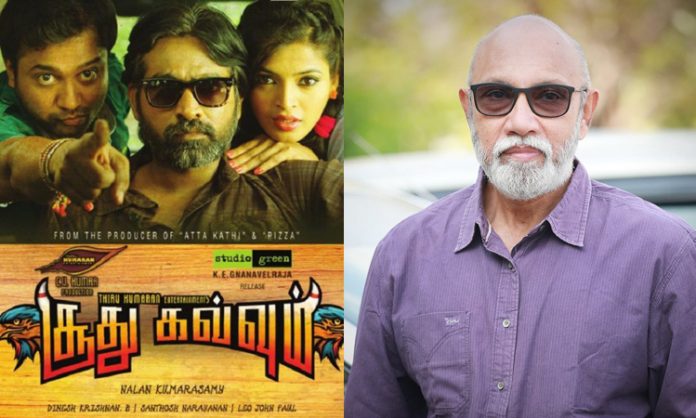 The Tamil film, praised by critics as ‘A Must watch, an engaging film, crisp writing, well etched characters, no dull moments, a gutsy great film and a total laugh riot’, was the 2013 released, ‘Soodhu Kavvum’.

The movie received all positive reviews and grossed 35 crore from the budget of 2 crore. ‘Soodhu Kavvum’ was the only Tamil film to be selected for screening at the Zurich Film Festival, Switzerland.

The most eligible movie’s sequel is planned now by the makers and it is said to be directed by MS Arjun who helms Prabhu Deva’s upcoming movie, ‘Yung Mung Sung’. It is also said that Sathyaraj is playing the lead role in the sequel and Vijay Sethupathi will be appearing in a cameo role.

The official announcement on the sequel, produced by CV Kumar, is expected soon.