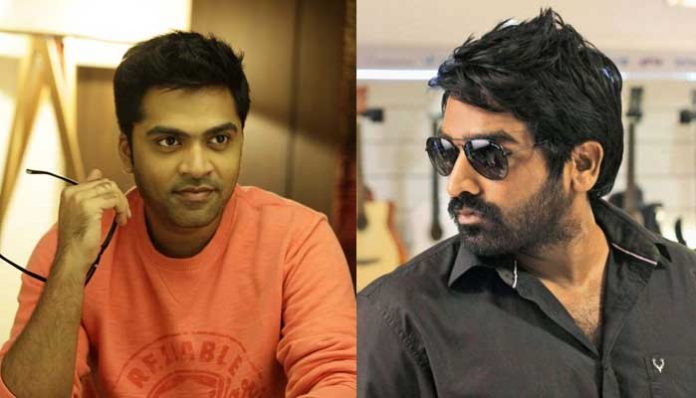 Achcham Yenbadhu Madamaiyada is the upcoming movie of Simbu directed by Gautham Vaasudev Menon. Most part of the movie is complete but there is a lapse in completing the movie because of some dates issue of the actor. Recently the Gautham has shot some scenes and a song for the movie. So its hoped that the movie will be released soon.

Vjay Sethupathi is doing a movie with Lakshmi Menon in the direction of Rathina Shiva. Common Man Productions of Ganesh is producing this movie and its titled as Rekka. D Imman is doing music for Rekka. Its said that Achcham Yenbadhu Madamaiyada and Rekka are having the same story line that, in both the movies the hero and heroine will be chased by a group of gangsters and how they escape from them is the movie all about. Thus the same story line is shot by two different teams in their own style.