Samantha swarmed around by her fans 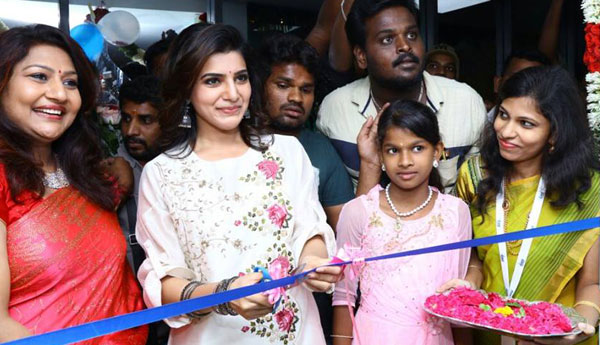 Actress Samantha, who made her debut in Tamil with the movie ‘Vinnaithandi Varuvaya’ is now on her peaks. Within a short period she has paired up with all famous actors and now she has become the most wanted actress in the industry.

As soon as the actress get down from her car her fans swarmed around her, expecting that they would at least get a glimpse of her. As Samantha couldn’t manage the crowd she tried to get in the car. But the crowd damaged her car too, by tearing the tyre and removing air from it.

And in order to bring the situation under control, the policeman has to apply the lathi charge. Thus the rush was dispersed and then the function was conducted under the police protection. Then the actress was safely dropped to her hotel room where she stayed.