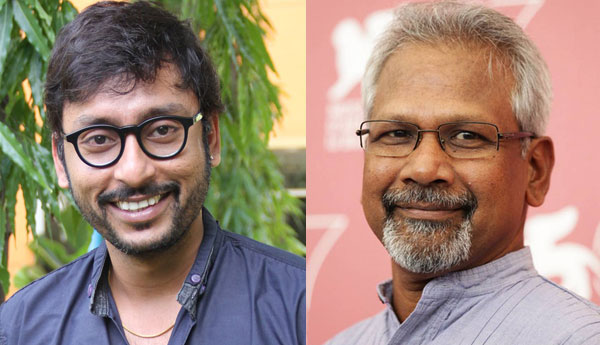 The phenomenal director Mani Ratnam is doing his next movie with Karthi. And he has given chance for R J Balaji in this film. R J Balaji is a famous radio jockey turned actor, he has given some fine performance in movies Naanum Rowdy than, Vadacurry and Pugazh.

Now R J Balaji is extremely delighted and has shared his happiness in a social website, he has stated that, “And this did happen for real. Grew up watching his films and now to be part of a Maniratnam Film. Feels like a dream!”

Aditi Rao, the famous bollywood actress is doing the female lead. This movie is titled as ‘Kaatru Veliyidai’. Karthi plays the role of a pilot in this movie and Aditi Rao as a doctor. As always A R Rahman is doing the music and cinematography will be done by Ravi Varman.

Karthi is busy with his movie ‘Kashmora’ which is in the finishing stage. And the shoot of Mani Rathnams movie will commence in Ooty. The team is going to shoot a song there. Hope the filming will start by next week.