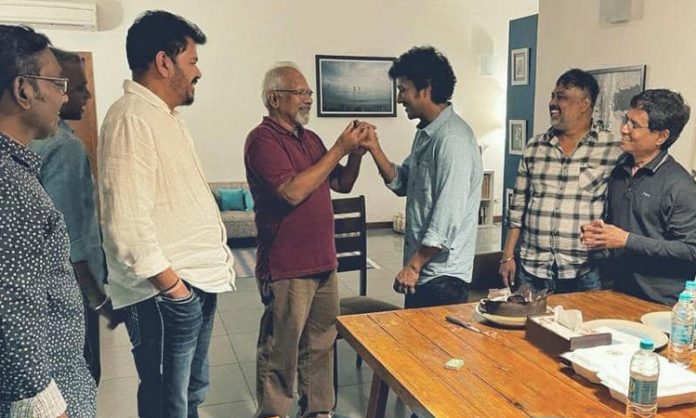 After the Karthik Subbaraj’s anthology film ‘Aviyal’ of 2016, Lokesh Kanagaraj co written and directed the action thriller, ‘Maanagaram’, which released in 2017 to positive reviews and was a commercial success. It also fetched him the Vijay Award for the best Debut Director.

His further directorial ‘Kaithi’, starring Karthi in 2019 was a super hit and ‘Master’, starring Vijay and Vijay Sethupathi, was a blockbuster. And the director is working with Kamal Haasan in ‘Vikram’, which started in October 2020 and will continue after the Tamil Nadu Assembly elections.

Within the short span of half a decade, Lokesh has established himself as a successful director and become one of the most sought directors of the Tamil film field. And it is also said that he is going to direct Vijay in another movie and is further going to work with Vijay Sethupathi.

The young and efficient director celebrated his 35th birth day on Sunday, 14th March, at his office.  And many popular directors, like Mani Ratnam, Shankar, Gautham Menon, Sasi, Vasanthabalan and Lingusamy took part in the function and wished Lokesh for a bright future.