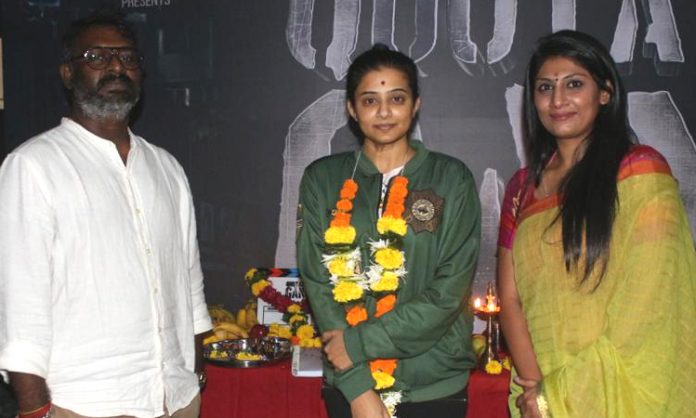 The title poster of Priyamani’s next Tamil movie, ‘Quotation Gang’, written and directed by Vivek, was launched on September 7th by director Lokesh Kanagaraj. The movie is a comeback of Priyamani in Tamil, eight years after her horror film ‘Charulatha’ in 2012.

The movie is on floors with the auspicious Pooja on 7th of this month and the filming is starting soon in Mumbai. Priyamani is playing a gangster in the movie and talks are going on for roping in Bolywood actor Govinda or Jackie Shroff for the antagonist.

Television actor Akshaya and Vishnu Warrior, who is an anchor are also said to be playing key roles of the movie.

Most of the movie will be shot in Mumbai. The first schedule will be completed before 25th and the rest will be in the next year. A small portion will be shot in Chennai and shoots are also planned near Andhra Pradesh borders and in Punjab.

‘Quotation Gang’ is simultaneously being made in 5 languages, Tamil, Malayalam, Telugu, Kannada and Hindi.