Nazriya’s debut in Telugu with Nani! 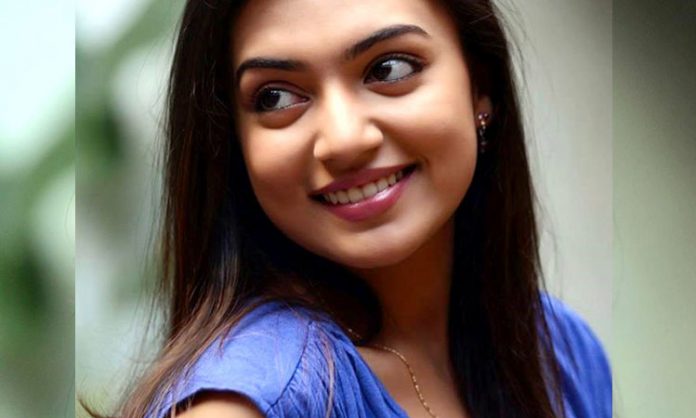 Charming Nazriya Nazim is an Actress from Kerala who was initially a VJ in some Malayalam TV channels and acted in around 15 films in Malayalam and Tamil. She was well known for her performance in the popular movies like ‘Neram’, ‘Raja Rani’, ‘Ohm Shanthi Oshanna’, ‘Bangalore Days’ and ‘Thirumanam Enum Nikkah’.  And she is the winner of 14 awards including 2 Kerala State Film Awards, a Tamil Nadu State Film Award, a Film fare Award and a Vijay Award.

After marrying her co-star Fahadh Faasil, in 2014, she kept away from the field for few years and resumed acting in 2018, selectively. She is making her debut Telugu lead role in an unnamed movie directed by Vivek Athreya.

Vivek Athreya has written and directed only a couple of films so far and both were critically acclaimed and super hits. His new movie is going to be produced by Mythri Movie Makers and Nazriya is said to be playing the lead role opposite to Nani, one of the leading stars of Tollywood.

Further details of the movie and the title are expected to be announced on the 21st of this month.