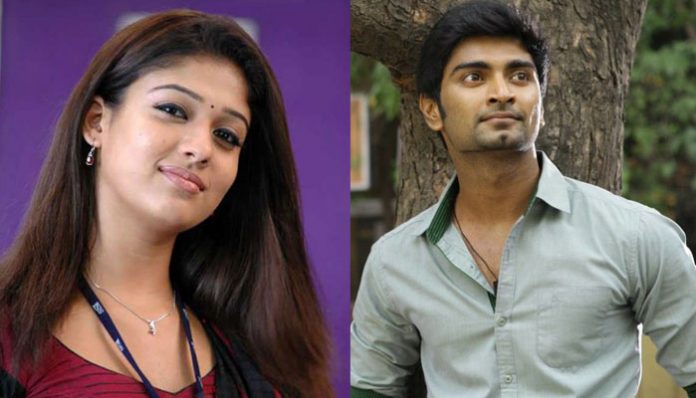 After his average run Kanithan, Atharvaa is keen of give a hit to withstand in the industry. Impressed with Demandi Colony movie, Atharva has joined Director Ajay Gnanamuthu for his next film which has been titled as ‘Imaikka Nodigal’. This movie is touted as an emotional thriller.

This movie has a promising female officer role, when the director approached Nayanthara for this, she has immediately accepted to do the role. The director shares that, this role of Nayanthara is very challenging and totally different from the other roles she has done before. There was a buzz that Nayanthara will be Atharva’s pair in the film, but the team has revealed Nayanthara is doing a pivotal movie but not as Atharva’s pair. They also added that, another actress will be in the project to play Atharva’s pair.

Hiphop Tamizha will be doing the music of Imaikkada Nodigal. In R D Rajasekar’s cinematography and Ajay Gnanamuthu’s direction the movie will start rolling from the October first week. Jayakumar of Cameo Films India will be bankrolling this project.