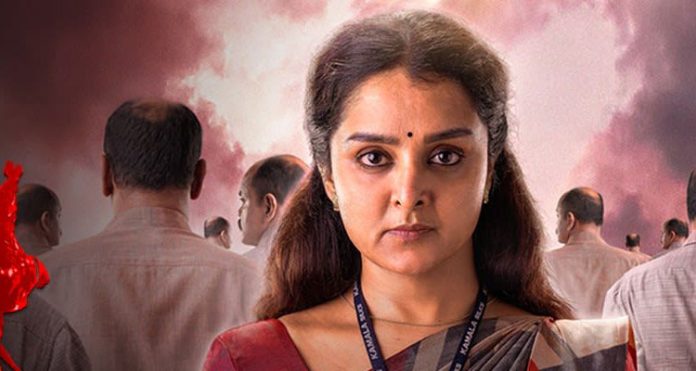 Prathi Poovankozhi is a Malayalam thriller produced by Gokulam Gopalan and directed by Rosshan Andrrews, was released at the end of December 2019. The Malayalam ‘Lady Superstar’, Manju Warrier starred in this movie along with Rosshan Andrrews, Anusree and others. Written by Unni R, Music by Gopi Sundar and Cinematography was by G Balamurugan.

The movie was about Madhuri (Manju Warrier), a sales woman of a clothing store, living with her mother in their small earning, getting molested in a bus by a goon, Anthappan (Rosshan Andrrews) who escapes when chased by her. And the incidents and the turning points when she tries to take revenge on him is the rest of the movie. The movie received mixed review and mainly appreciated for the performance of Manju Warrier, Rosshan Andrrews and for the clear message of the movie which tells off the harassers.

This movie is to be remade in tamil, and hunt for the lead role is going on. There are some talks that Jyothika or Nayanthara may be playing the Manju Warrier’s character. The movie is also to be remade in Hindi, Telugu and Kanada.

Earlier, Manju Warriers’s 2014 hit movie, ‘How Old Are You’, insisting the importance of Organic Farming, was remade in Tamil, starring Jyothika as ’36 Vayadhinile’ was a Super hit in Tamil. Likewise this remake also will be a Hit undoubtedly.