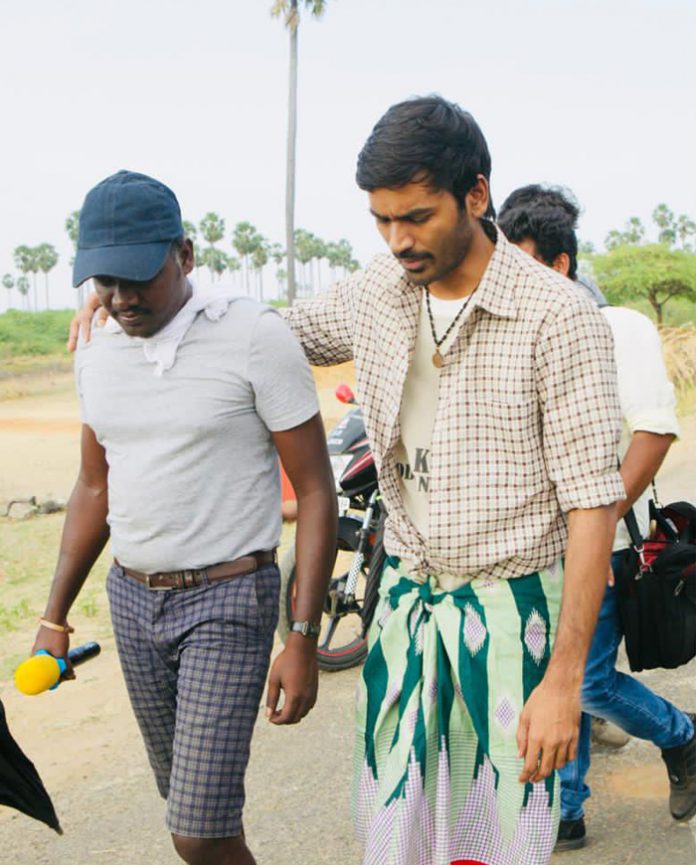 The filming of the Dhanush’ movie ‘Karnan’, directed by Mari Selvaraj, is completed and the post production works have started.

Major portion of the movie was planned to be shot near Tirunelveli, but after the pandemic, the shooting was continued at sets near Chennai. Some finishing shots were to be done at Tirunelveli sets and that too is complete now.

And Dhanush is happy that the shoots are complete and expressed his thanks to the complete team of ‘Karnan’, in his Twitter page. He has thanked Mari Selvaraj for giving him this movie and producer Thanu for his support. And Dhanush has expressed his sincere thanks to all his costars, the technicians and he has mentioned specially about the composer Santhosh for his overwhelming score.

Dhanush had already completed his portions of the filming and presently at the shoots of his Hindi movie ‘Atrangi Re’.  And further he is expected to join Karthik Subbaraj for the next movie.