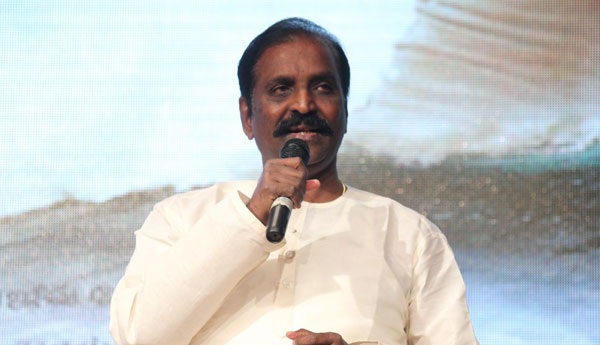 The renowned lyricist Vairamuthu is now facing counterblasts for his talk about Super Stars Kabali. Recently Vairamuthu has clarified regarding this as he has inadvertently missed a word in his speech at the event.

When the lyricist delivered his speech in the event he mentioned that, people have to understand certain things in life as politics, science, family, men, women, children, missing flights, Kabali’s failure. Whether we accept it or not, we have to understand that.

Upset of this statement of Vairamuthu Kabali’s producer says, Vairamuthu must have said this because he was not given the chance to do lyrics for Kabali. Also the director Ranjith said, he has great respect to the lyricist Vairamuthu, many are spreading bad reviews about the movie but he doesn’t wish to comment over this issue.

Now Vairamuthu has clarified this saying, he misspelled that on the event and he was about to say ‘Kabali’s success or failure. He also added that he has a good friendship with Rajinikanth and he spoke to him and has made things clear regarding the issue.