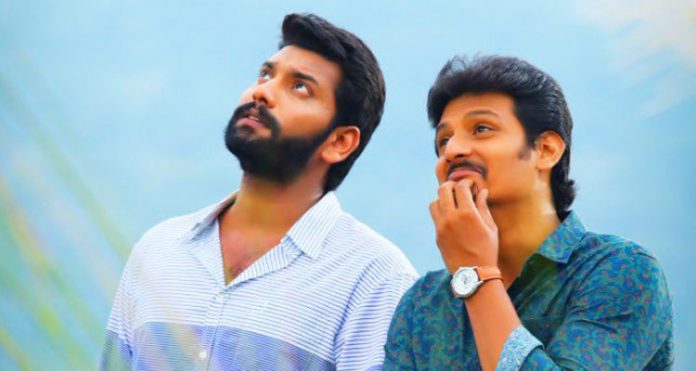 Actor Jiiva and Arulnithi to appear together in the movie Kalathil Sandhippom. The movie finishes its shoot earlier and is under the post production work. It is the 90th movie of Super Good Films and is direct by N.Rajasekar. The sound track is done by Yuvan Shankar Raja and camera handled by Abhinandha Ramanujam. Editing works done by Dinesh Ponraj.

Now the movie is ready for the release and its teaser was released recently. The teaser has created eagerness among the fans and goes viral.

The making of the film took place around Chennai, Tenkasi and Karaikudi.  The movie has been planned to release in the big screen on Pongal. An official confirmation is not yet disclosed.