G V Prakash with Genelia and Vadivelu for his upcoming project 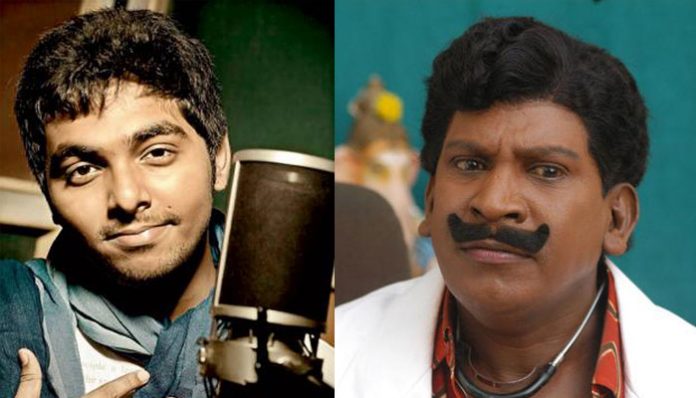 Director Rambala recently delivered the comic horror Dhilluku Dhuddu, which made a remarkable hit in the acting carrier of Santhanam. Now he is to direct this movie of G V Prakash. Also Vadivelu who is to give a comeback as comedian in Vishal’s Kathi Sandai, will join G V Prakash for this movie.

Some sources are saying that the charming Genelia, who took a break after Vijay’s Velayutham is to do as the female lead for this yet untitled movie. This exciting combination of G V P, Genelia and Vadivelu in Rambala’s direction is expected to give good comedy as outcome on the screen. The movie is to start rolling from December.