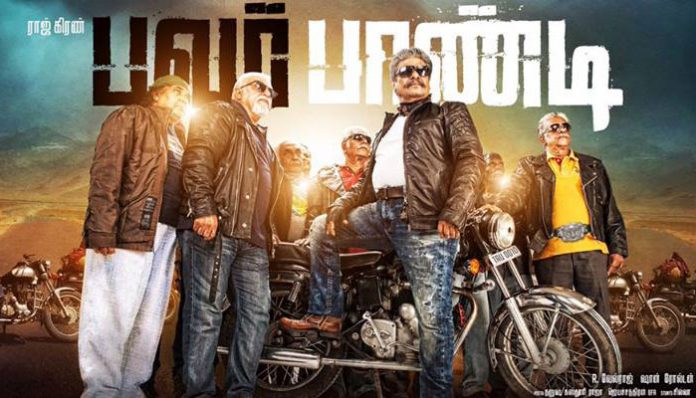 Dhanush, the multi-tasker has been a very successful actor, producer, singer and lyricist. Currently he is starring in Gautham Menon’s Ennai Nokki Paayum Thotta and Vetri Maaran’s Vada Chennai. He has also got committed to do a Hollywood movie by the Mad Max team.

Recently he announced that he will be producing Super stars next after 2.o, which will be directed by Pa. Rajinth, who gave the blockbuster hit Kabali. Now he has taken a new avatar as a director. He is to direct a movie titled Power Paandi, with Veteran actor Rajkiran as the lead.

This will be a fun and adventures movie. Sean Ronald is to do the musical score for the film. Prasanna and Chaya Singh are to do the supporting roles. Recently the first look poster of Power Paandi was released which is trending online.