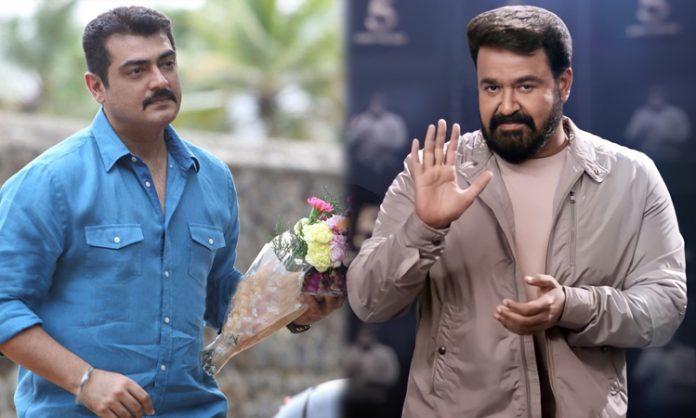 The ‘Dhadhasaheb Phalke Award’ is the highest award given to cinema personalities of India, every year. The award is presented along with the National Film Awards ceremony, by the Information and Broadcasting Ministry. There are few other Non Government Bodies, organizing film festivals and giving away awards in the same name.

One such is the Dhadhasaheb Phalke Awards South, which is to honor the artists of all the four South Indian film industries. The prestigious award is given to the finest talents of the South and the list of the recipients for the year 2020, is announced on the New Year day 2021.

The top artists of the South in the list are Ajith Kumar, Mohan Lal, Nagarjuna, Dhanush and Shivrajkumar.

In Malayalam, Mohanlal, Suraj Venjaramoodu and Parvathy Thiruvothu are in the list and Nagarjuna, Naveen Polishetty and Rashmika Mandanna are in the Telugu list. Shivrajkumar and Tanya Hope are among the recipients of Kannada field.