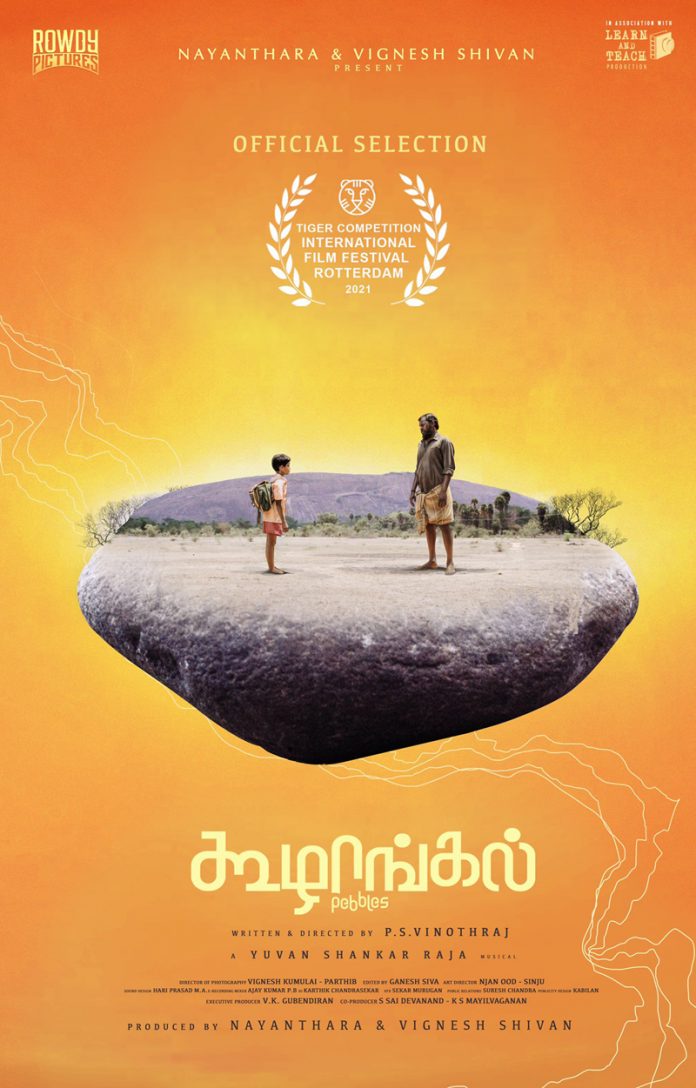 Following this Vignesh Sivan and Nayanthara have jointly decided to produce and release some selected movies of other actors and started with the debutant director Arun Matheswaran’s ‘Rocky’. The movie will be released under the banner ‘Rowdy Pictures’ of Vignesh and Nayan.

The next production of ‘Rowdy Pictures’ is announced on 22nd, as ‘Koozhangal’ by debutant director PS Vinoth Raj with Yuvan Shankar Raja composing the music.

Regarding this, Vignesh Sivan had tweeted that he is happy of producing the gem of a movie by Vinoth Raj and also is happy and excited of Nayanthara’s selection of special stories for producing and presenting. And he has mentioned his special thanks to Yuvan Shankar Raja who has given life to the movie with his magical music.

Vignesh Sivan says that the movie is as simple as its title, but the impact it created on him is deep. And he wants to share the wonderful experience he got on screen, to everyone and also has plans to take this movie to the International Film Festivals.

And he presents this movie to all, hoping that it will definitely have an impact on everyone.