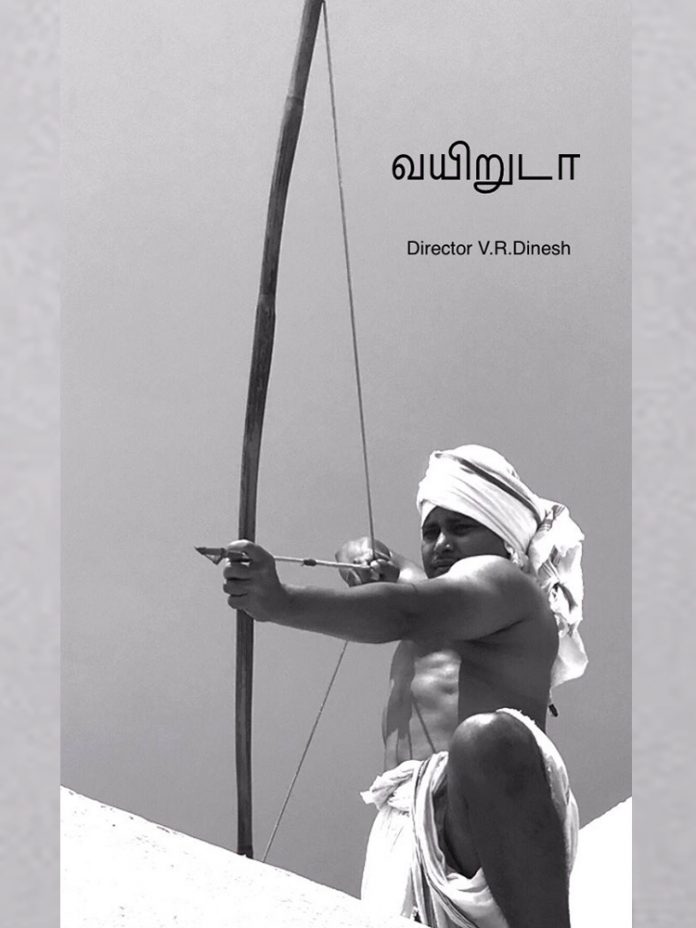 Dinesh Ravi, started his film carrier in 2006, with a supporting role in the medical thriller ‘E’, directed by SP Jananathan. While continuing in supporting roles in movies like, ‘Aadukalam’ and ‘Mouna Guru’, he got his breakthrough when he was offered the lead role by Pa Ranjith, in his debut directorial, ‘Attakathi’, in 2012.

After that, Dinesh has acted in nearly a dozen of movies and garnered a Nomination for the Vijay Award for the best actor, for his performance as a visually impaired in ‘Cuckoo’ of 2014.

The young and talented actor is turning director now and his first directorial is titled as ‘Vayiruda’. The actor has released the first look posters of the movie on last week, with the title and the information, that the movie is directed by VR Dinesh.

He is seen with a bow and arrow in a traditional look of before Independence, in the poster and it indicates that the movie is a period drama.