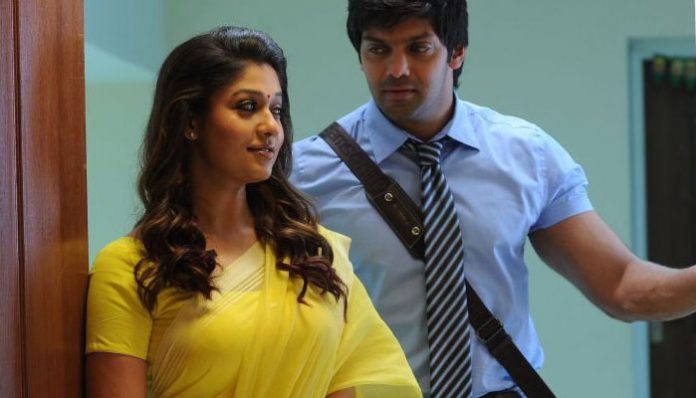 It is hard time for Arya, his recent films didn’t go well. Now he is doing ‘Kadamban’ movie under the direction of Manjapai fame Raghavan, Catherine Tresa is doing as the female lead. Arya is playing as a tribal and the movie is shot in the forests of Kodaikanal. After completing Kadamban Arya is to do a film with Ameer.

As we all know Arya and Nayanthara are the best on screen pair sharing good chemistry, also the two movies Boss Engira Bhaskaran and Raja Rani in which the duo did as lead marked the hits of Arya’s carrier. Expecting a hit, Arya’s lucky charm Nayanthara has been roped to do the female lead of Arya and Ameer’s next film titled as Santhana Devan. As the both were a sensational pair before, Nayanthara is deeply thinking of joining this project.