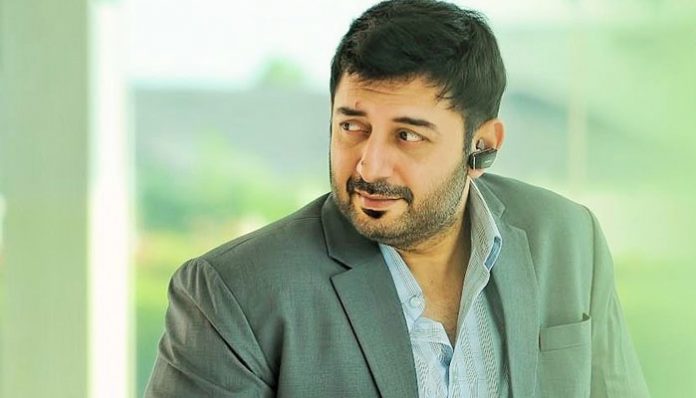 Arvind Swamy, was introduced to Tamil Film Industry by director Mani Rathnam in Thalapathi. This ever handsome actor gave a lot of hit movies, and then he took a break for a decade and was concentrating in business.

In 2013 he gave a comeback in Mani Rathnam’s movie Kadal. And his next movie Thani Oruvan as an antagonist was a break-through in his carrier. His performance in the movie was critically acclaimed and sought him many film offers. But the actor is very cautious in selecting his roles.

Presently he is doing Bogan movie with Jeyam Ravi, also he is doing the Telugu remake of Thani Oruvan. Recently his Bollywood release Dear Dad also earned him good name there. Now there is a buzz that Arvind Swamy is to act in Hollywood film by the makers of ‘Mad Max Fury’, which has won a significant number of Oscars. For this he is to put off weight with special training in London.