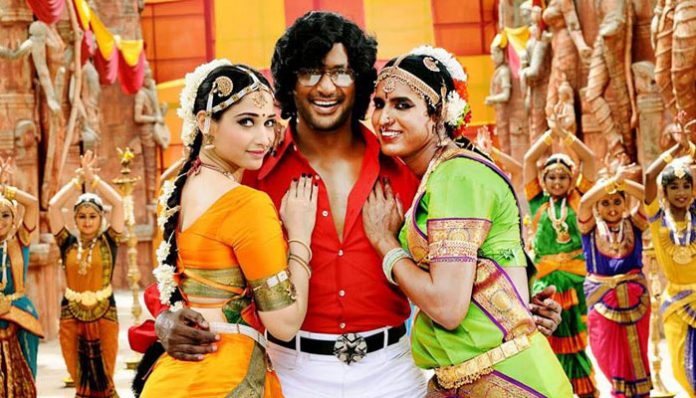 Kaththi Sandai, the upcoming entertainer in the direction of Suraj is expected to be released on November. The movie has Vishal and Tamannaah in the lead roles, also this movie will mark the re-entry of Vadivelu as a comedian. The movie also has another comedian Soori, this makes sure this movie will have good comedy. And the movie has Jagapati Babu and Sampath Raj in the cast.