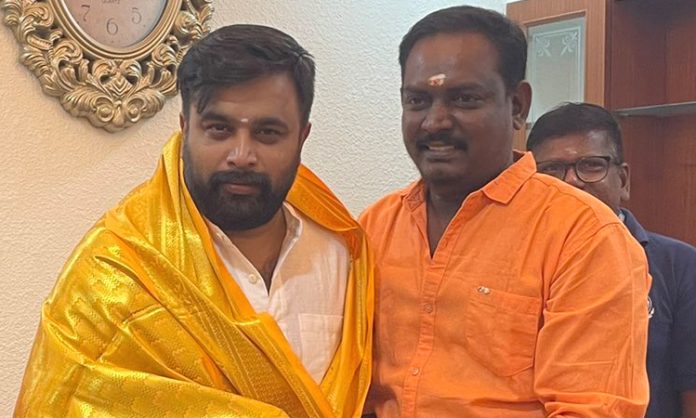 In the next movie of director P Virumandi, actor, director, M Sasikumar is playing the lead role.

P Virumandi’s debut directorial was, ‘Ka Pae Ranasingam’, released directly on OTT on 2nd October last year, coinciding with Gandhi Jayanthi. Aishwarya Rajesh played the lead role with Vijay Sethupathi, Munish Kanth, Rangaraj Pandey, Vela Ramamoiorthy and Poo Ram in key roles. The movie was based on a true story and was critically acclaimed and appreciated by various celebrities of the field.

The next movie of the director is announced on 18th January and this also is based on a true story, like his previous movie. Soon after hearing the story, M Sasikumar was attracted and has immediately agreed for playing the lead role. R Viswanathan of ‘Bharathan Films’ is producing the movie in a big budget.

Vairamuthu is penning the lyrics for Ghibran, who is composing the songs and scoring the background music of the movie. NK Ekambaram is cranking the camera and Sivanadeeswaran is editing the movie. The same crew members of ‘Ka Pae Ranasingam’ are joining with Virumandi in this movie also and a quality product is guaranteed.

The movie is going to be on floors in April and expected to be released before the end of the year.