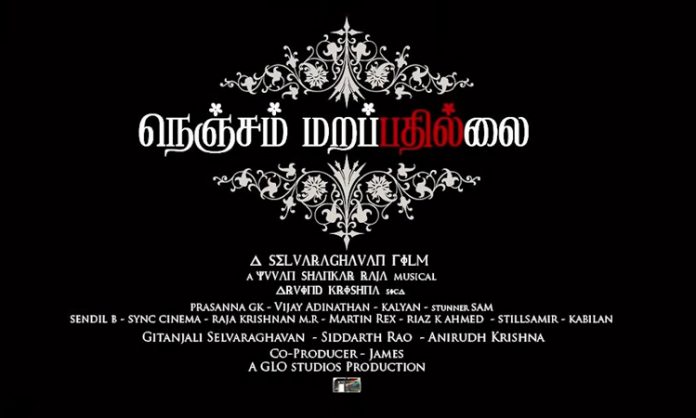 The filming of the movie started in January 2016 and was completed by the end of Jun 2016. The movie was originally announced for release in Jun 2017, and delayed indefinitely for various odd reasons.

The introduction of GST, confusion on the Entertainment Tax by the State Government, conflicts between Siddharth Rao, the co producer and Gautham Menon, who initiated the movie, were said to be the main reasons for the delay.

After the long delay, the movie gains a hope for release, after the private screening organized by the makers for some people of the Industry. It is reported that the movie received a positive response from the viewers and there are bright chances for getting released soon.

One of the viewers of the special screening, KB Sriram, has tweeted praising the excellent performance of SJ Suriyah and Regina and the powerful dialogues of Selvaraghavan. And Selvaraghavan had thanked the person for the appreciation.

The videos released earlier, on the movie, got great response from the fans and they are very eager to watch their maker’s horror movie, which is his first in the genre.