Lawrence gave up Vedhalam for Ajith 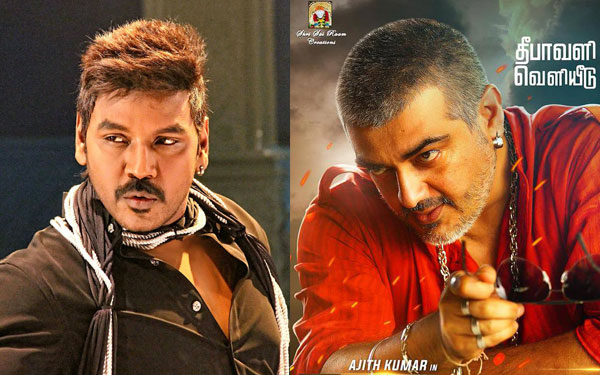 “Thala 56” has been named as Vedhalam but there was a story behind the finalized title. After examining a bunch of names the team has settled on a title “Vedhalalm” but as usual even this name was registered already.

After finishing Kanchana 2 Lawrence has decided to act in a movie called “Vedhalam” and has registered the title in his name. In between he had decided to act in a couple of movies for Vendhar Movies and the Vedhalam titled movie of him was postponed.

In the meantime, Thala56 team approached Lawrence and the director of that movie for the title, they both discussed and gave up the title “Vedhaalam” immediately as it for Thala Ajith.