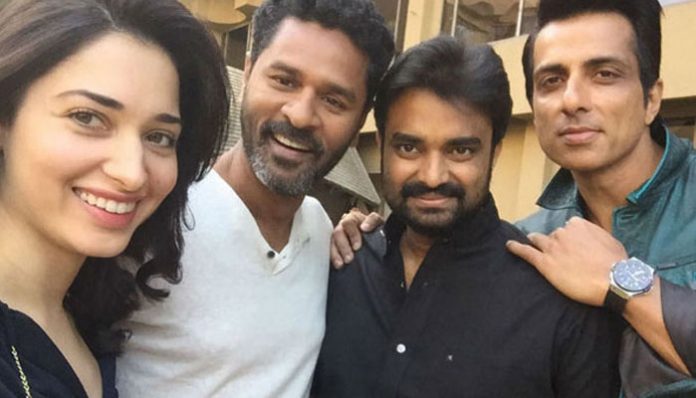 Devi an upcoming movie directed by A L Vijay in which Prabu Deva and Tamannah are doing the lead roles also Amy Jackson is giving a special appearance. This movie has finished shoot and the post production works are going on. The release date of the movie is announced as 9th September and the Trailer and Songs are planned for release in August. The movie is made in three languages simultaneously, and all are to be released on the same date.

When questioning director AL Vijay about divorce with Amala Paul the busy director said, that he don’t want to talk anything about that and he will abide his parents decision. This celebrity couple was dating for three years and they got married two years back.

It’s said the main reason behind the split is that, after marriage Amala Paul continued her film carrier and went on signing new projects in Tamil and Malayalam. Also it’s heard the couple may file for divorce under mutual concern.