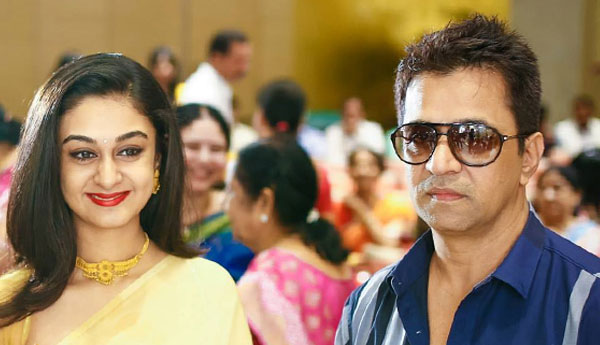 Actor Arjun, who has given many hit movies as an actor also has produced many movies and directed some. Also his daughter Aiswarya is an actress who gave her debut in the movie Pattathu Yaanai with Vishal. Now her next movie is going to be under her father’s direction.

Actor Arjun is going to direct a film with his daughter Aiswarya and a debutant Chandan. Also Arjun is going to take care of the screenplay and dialogues. And his production banner Sriram Film International is going to produce the film’. And the film is titled as “Kadhalin Pon Veedhiyil”.

The rest of the cast includes Director K.Viswanath, Suhasini, Mottai Rajendran, Manobala, Sathish, Yogi Babu and Black Pandi. The filming started by 22nd of June in Chennai and they have planned to shoot the next sessions of the movie in Hyderabad, Delhi, Mumbai and Dharamsala.