Vijay60 to be titled with a famous movie of MGR 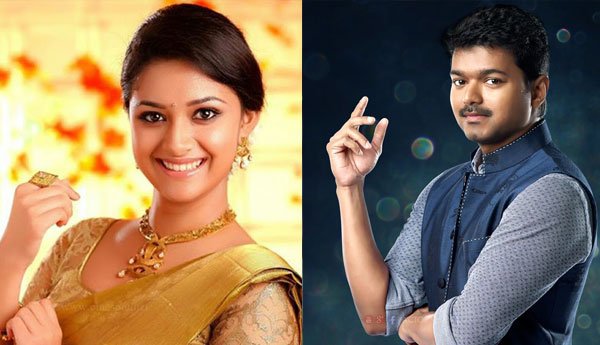 At the end of last week in Kollywood, there was a news heard that the title and the first look of ‘Vijay60′ was to be out on the 22nd of this month which is the Birth Day of Ilayathalapathy, this created more excitement among Vijay fans. Above this a surprising news has spread that the title of the movie is ‘Enga Veettu Pillai’,which is the name of the famous movie of Puratchi Thalaivar M G R.

The movie is produced by Vijaya Productions who produced Enga Veettu pillai and that makes the unconfirmed news more believable, also MGR has played double role in that movie. As Vijay is also playing dual role in the movie, it adds more evidence to the news. Keerthy Suresh and Aparna Vinod are playing female lead roles. The casting includes Jagapathi babu, Daniel Balaji, Sathish and Sriman. Santhosh Narayanan is doing the music and the movie is directed by Bharathan, who directed ‘Azhagiya Tamil Magan’, in which Vijay played a dual role. The filming of Vijay60 has started from May.