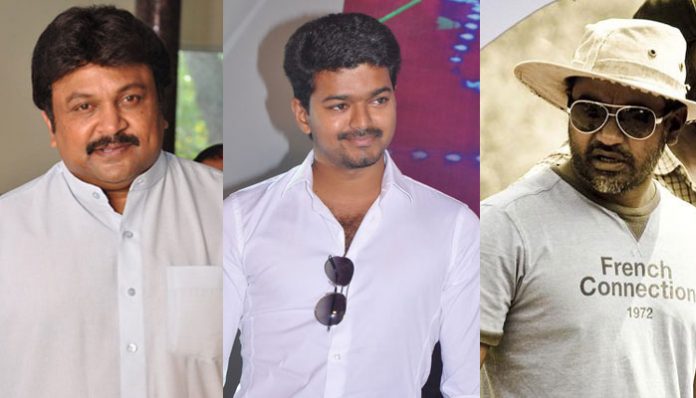 Actor Prabu and owner of Shivaji Productions has invited Vijay to his home Annai Illam on the Vinayagar Chathurthy occasion. The actor has arrived to Prabu’s house for the festival, there Vijay has met his Prabu’s family and has appreciated Vikram Prabu on his acting. Then Prabu has formally introduced director Selvaraghavan, who was also there in Annai Lllam for the occassion. The director has narrated a script which he made for Vijay, the actor has liked the script and suggested some alterations in the second half. Thus Vijay has indirectly accepted to do this film.

The prestigious Shivaji Productions is to produce this project of Selvaraghavan with Vijay. But the movie is likely to begin in late 2017, as Vijay is to do the Atlee’s project next to Bhairavaa and Selvaraghavan is doing his upcoming flick ‘Nenjam Marappathillai’ with S J Suryah, Regina Cassandra and Nandita Swetha in the lead roles.