Vijay 61 with two hit makers of Theri and Baahubali 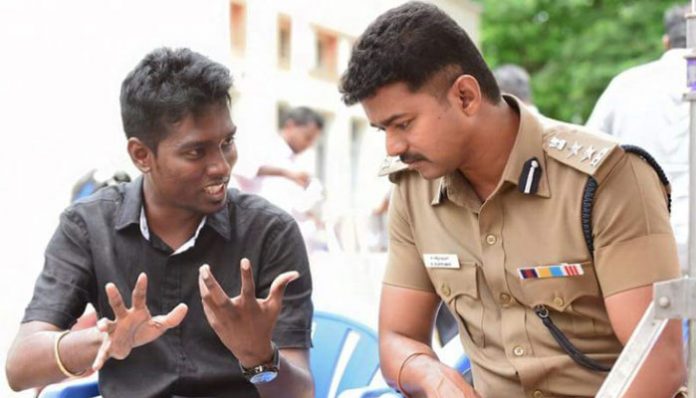 As Vijay’s Bairavaa’s shoot is to end up in a month, there are some news about Vijay’s next after Bairavaa. This will be Vijay’s 61st movie. There were many producers and directors in talks, now the confirmation about this is revealed.

Vijay’s previous hit maker Atlee is to direct the film and one of the finest screenplay writer Vijayandra Prasad is to script the film. Most of the movies in his writings, Naan E, Magadheera, Baahubali and Bajrangi Bhaijaan are remarkable blockbuster hits, which has bagged a large sum in recent times. And the prestigious Thenandaal Films will be producing the film. After Kaththi Anirudh wiil be composing the soundtracks for Vijay in this film. All these factors confirm that this Vijay 61 is going to be a biggie, which has certainly increased the expectations among his fans.