Vijay 60 get its first look and audio release dates 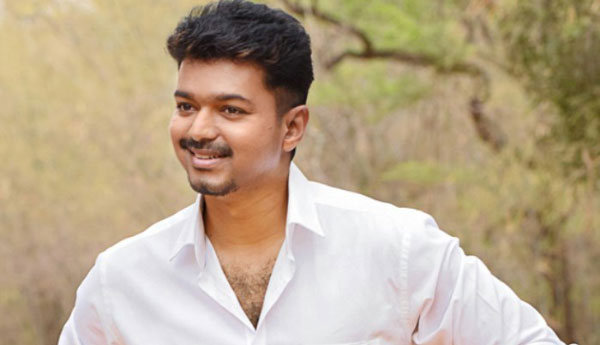 The first look and title of ‘Vijay 60’ directed by Bharathan and produced by Vijaya Productions will be released on September. In this movie Vijay will be romancing Keerthy Suresh, the cast of the movie includes Sathish, Jagapathi Babu, Daniel Balaji and many.

Vijay will be appearing in three get ups and for one of the getups he is reducing weight, also he will be speaking Tirunelveli slang in this movie. The filming is on process ant almost its half done, but still this movie isn’t titled. Now the Vijay 60 team has planned to reveal the title and first look on September.

Santhosh Narayanan has composed the music tracks, the audio launch of the movie will be by November. Firstly the movie was about to released for Deepavali, now the release of the movie is put back for Pongal.