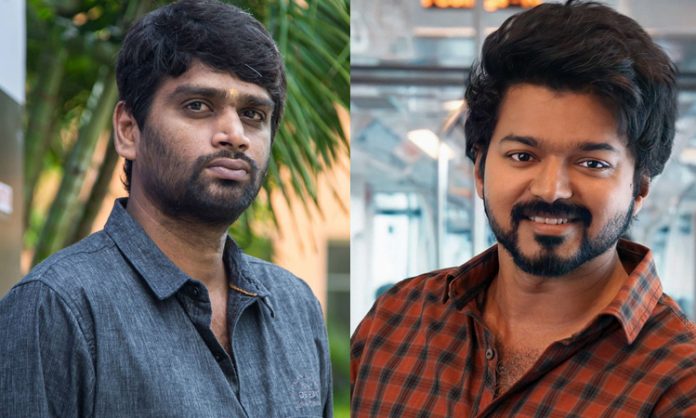 There is a buzz that Vijay may join director H Vinoth after ‘Valimai’.

Ajith’s upcoming movie ‘Valimai’ is produced by Boney Kapoor and written and directed by H Vinoth. The final shoots of the movie are starting soon and is expected to be completed before the summer.

H Vinoth, who was nominated for the Film fare Award for the Best Director, for ‘Theeran Adhigaaram Ondru’, released in 2017, had a meet with Vijay, after the release of the movie. It was expected that they might team up, but both got busy in their other projects.

Presently Vijay is getting ready for his ‘Thalapathy 65’, which is to role on by April and expected to be released during Deepavali, this year. H Vinoth, after completing all works of ‘Valimai’, will start writing the story and scripts, and will be ready for his next movie, probably by the same time. And it will be ideal for the actor and the director to team up for the next movie.

Nothing is confirmed regarding this, as H Vinoth directed the last two movies of Ajith and may continue for a third one also.