Puli was filmed in a dense and dangerous forest – Natraj 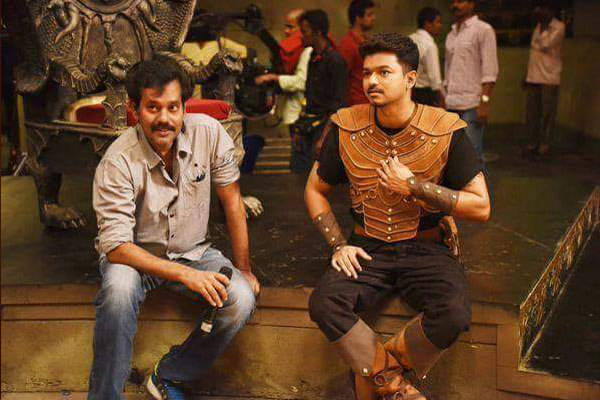 It has become a common mindset of the people that if a different genre movie got hit, they start comparing it with other movies which has the slight resemblance in story or the making. Same thing happened with Puli, the trailer gives a glimpse that the story revolves around a king’s era which gave the people an opportunity for comparison. People comparing the movie with the blockbuster movie of the year Bahubali.

Sathuranga vettai famous Natraj who is the Cinematographer of Puli requests the fans not to compare puli with Bahubali as both are of different stories. He also said in an interview that puli was filmed in a dense and dangerous forest with a special permission. He added that he was supposed to work with Vijay in his earlier blockbuster movie “Jilla” but had missed the opportunity as he was working in a Bollywood movie “Holiday”.