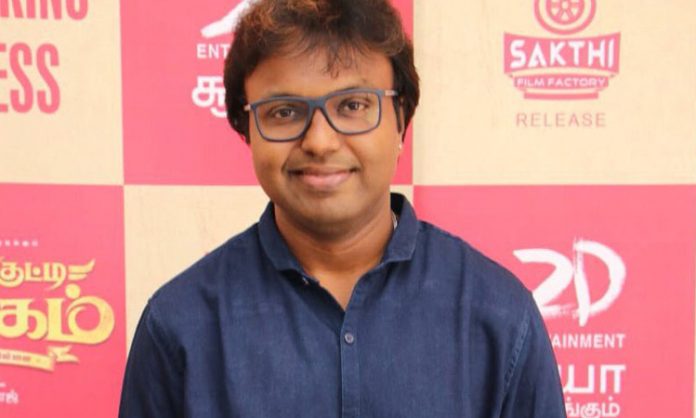 One of the leading Composers of the South India, D Imman, started his carrier with scoring music for popular TV serials and his debut film music composing and background scoring was in Vijay’s movie ‘Thamizhan’, in 2002. Following that he has scored the music for over 100 films and has won numerous awards including a Film fare Award for the Best Music Director of the year 2012.

D Imman, well known for his melodies, turned to a Producer now, by starting the production company, ‘DI Production’. The first production of the company is an English Gospel Album, ‘Thank You Jesus’, comprising 8 devotional songs, all dedicated to and praising Jesus Christ.

On his new venture, D Imman has tweeted that his successful journey, as a Composer is due to the boundless love and support of the fans and they are the pillars of his successful carrier. And he has started this production company, believing that their love and support will continue to be with him. The first production of the company is a Devotional Album and soon will be producing non film, private albums.

Also it is informed that the company may start producing quality movies of small budget, in near future.