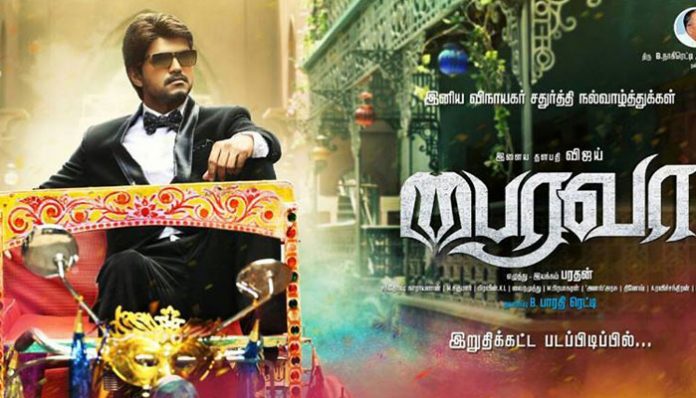 In the poster Vijay appears on an autorikshaw wearing suit, guessing this may be a still from a song. Also the title Bairavaa means the protector who saves people in trouble, this may be the character description of Vijay.

But when the team decided to use this title they came to know that it was owned by Lawrence. When the team approached him, he has happily given up the title for his friend Vijay. And he has decided to name his flick as Kaala Bairavaa, which will be on floors after he winds up Motta Shiva Ketta Shiva. Its worth adding that Vedhalam title was also owned by Lawrence which he later gave up for Ajith.