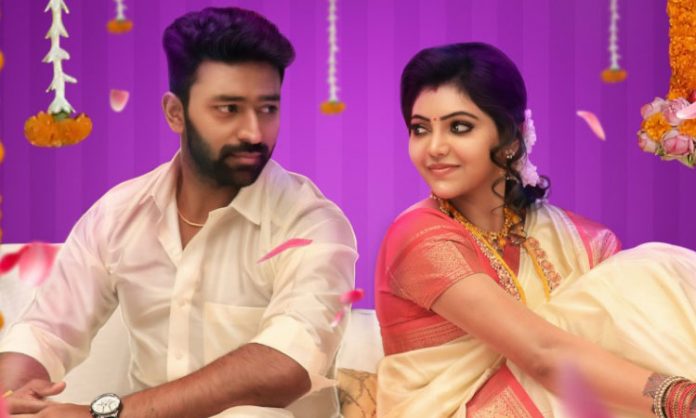 After playing an important role in Vijay’s ‘Master’, the next movie of Shanthanu Bhagyaraj is ‘Murungakkai Chips’, written and directed by Srijar. Shanthanu is playing the lead role of the movie with Athulya Ravi pairing him. Madhumitha, Yogi Babu, Manobala, Anandh Raj, and Mail Sami are doing supporting roles in the movie along with Shanthanu’s father K Bhagyaraj.

The music of Murungakkai Chips is scored by Dharan, cinematography is by Ramesh Chakravarthy and editing is done by Jomein Mathew. The movie is produced by Ravindhar Chandrasekaran under the banner Libra Productions.

The latest news on this movie is that YouTube fame Sriram Krish is also taking part in the movie. Sriram is a part of the famous YouTube channel, ‘Certified Rascals’ formed by a team of IT Professionals at the end of May, this year. And they have made plenty of Videos and 3 short films so far and having more than 70 thousand followers in YouTube.

The news of Sriram Krish joining the movie is confirmed by the Producer Ravinhar Chandrasekaran in his Face Book page.