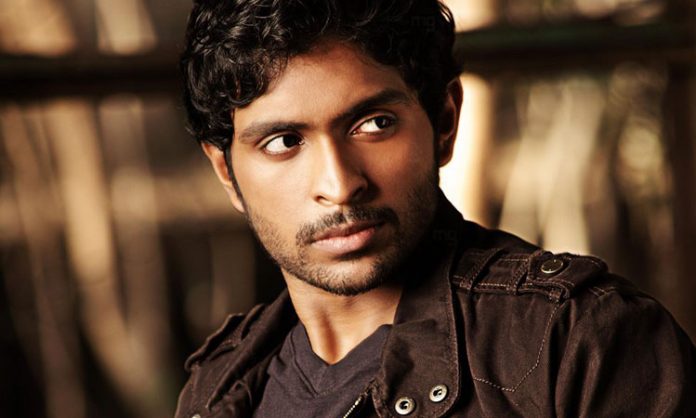 Vikram Prabhu is currently doing two movies, one of which is Mani Ratnam’s ‘Ponniyin Selvan’ with the actors, Vikram, Jayam Ravi, Karthi, Aishwarya Rai Bachchan and Trisha. In the other movie ‘Pechi’, directed by M Muthaiah, Vikram Prabhu is pairing with Lakshmi Menon who was his pair in his debut, ‘Kumki’.

Following these movies, Vikram Prabhu is committed for a new movie named ‘Paayum Oli Nee Yenakku’, directed by Karthik Chowdary and is produced by the Mahalakshmi Arts. Vani Bhojan is doing the female lead and Dhananjeya is doing the antagonist. Cinematography is by Sreedhar, Editing by Venkateshwara Rao and the music is scored by Mahati Swara Sagar who is the son of Mani Sharma.

The new movie ‘Paayum Oli Nee Yenakku’ is said to be on floors in November this year and will be released next year. The movie should be a breakthrough for Vikram Prabhu, bringing out his inherent talents.