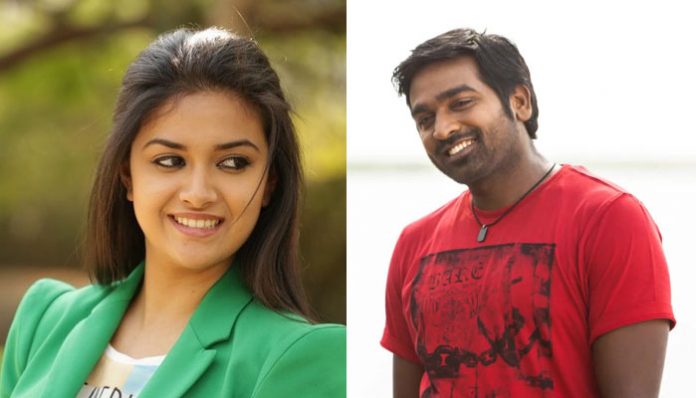 Vijay Sethupathi, the people’s actor had four releases this year and all the four were appreciated by both critics and audience. Now the actor is awaiting his next release of this year ‘Rekka’ with Lakshmi Menon directed by Rathina Shiva. Already the actor is having a few movies in hand, news about his other new projects has been revealed.

There is a talk that Vijay Sethupathi will be acting in Panneer Selvam’s direction, who made the gangster movie ‘Renigunta’. The Sri Sai Raam Creations of A M Rathnam will be producing this project. For this project the young trending actress Keerthy Suresh has been roped, the actress has liked the script but is delaying to give a nod, as she is currently busy with about four films in Tamil, Malayalam and Telugu.

Also there are few more reports about Vijay Sethupathi’s other upcoming projects. He may be co-staring with Madhavan for the movie ‘Vikram Veda’ in Pushkar Gayathri’s direction,  a film in Gokul’s direction, who did his ‘Idharku Thaaney Aasaipattai Balakumara’ and a K V Anand’s film with Madonna Sebastian as his pair and T Rajender in a significant role.