‘Tuglaq Durbar’ – Rashi Khanna in and Aditi Rao out 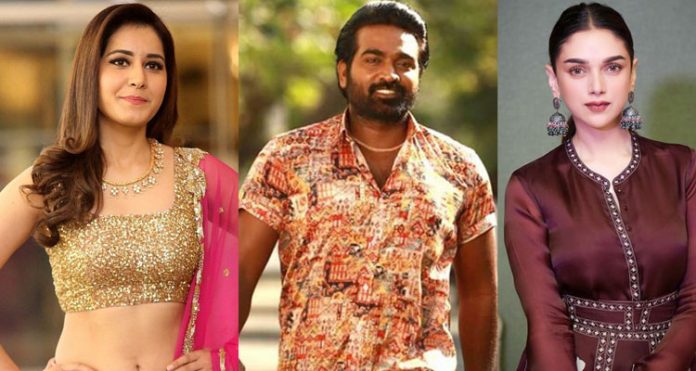 The upcoming Tamil movie of Vijay Sethupathi, directed by the debutant Deena Dhayalan and produced by the Seven Seas Studios is ‘Tuglaq Durbar’. The Actress – Dancer – Singer, Aditi Rao Hydari was to do the lead role with Vijay Sethupathi, initially.

Aditi Rao made her debut in Tamil with the movie ‘Kaatru Veliyidai’ pairing up with Karthi, under the direction of Maniratnam. The actress has signed the movie last year, but due to the pandemic the shooting was postponed. Now the making of the movie has started, but Aditi Rao couldn’t continue with the movie as she has some clashes in her schedule.

So Rashi Khanna, is to join with Vijay Sethupathi for ‘Tuglaq Durbar’ Rashi Kanna’s debut movie in Tamil, ‘Imaikkaa Nodigal’ received highly positive reviews and was a Box Office hit. And she got the Techofes Award for Debut Actress, Tamil, for the movie. .

It is noteworthy that she had already acted with Vijay Sethupathi in ‘Sangathamizhan’, last year.