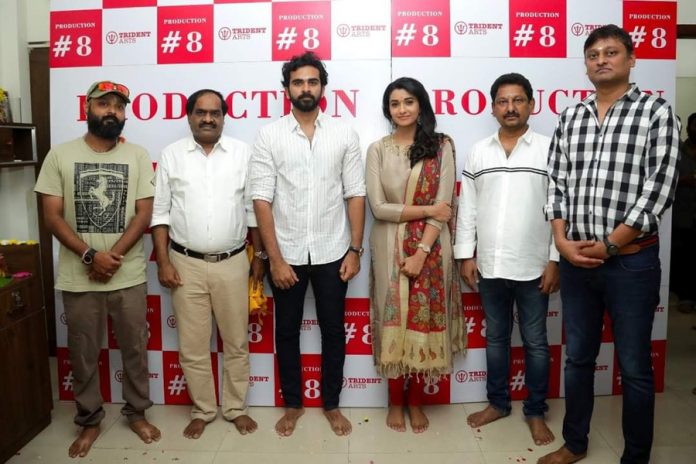 ‘Trident Arts’ is one of the popular film production and distribution companies of the South. The last production of the company, ‘Action’, starring Vishal and Thamannaah, written and directed by Sundar C, was a failure movie. And the ‘Trident Arts’ recently distributed Santhanam’s ‘Biscoth’, which was successful at the box office.

The next production of ‘Trident Arts’ has started with the Pooja, on 14th of this month. The unnamed movie is directed by ‘Sadhuram 2’ fame, Sumanth Radhakrishnan and Ashok Selvan and Priya Bhavani Shankar are playing the lead roles. Also Nassar, Munishkanth, Yogi Babu and Ravi Mariya are playing vital roles of the movie.

Bobo Sashi is scoring the music and Praveen is handling the camera. Dhurairaj is the art director and Rahu is editing the movie.

The details of the movie with the snaps of the Pooja function are published by the producers,  ‘Trident Arts’, in their official twitter page on 14th. The film is announced to be on floors soon.