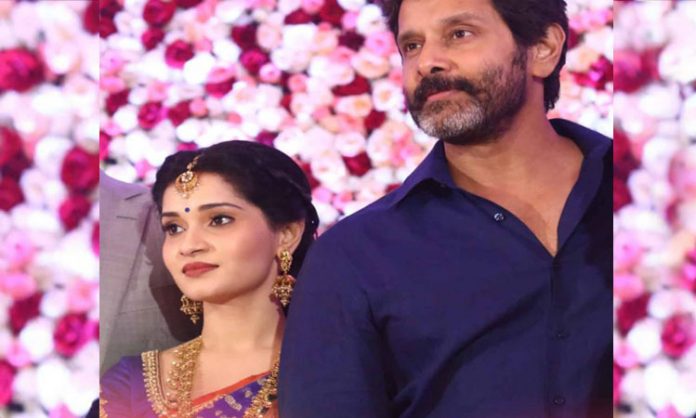 Chiyaan Vikram, the Tamil actor is a winner of numerous awards including a National Award, 5 Film fare Awards and 2 Tamil Nadu State Film Awards as the Best Actor. Vikram was honored with a Doctorate by the popular University of Milan and is also the recipient of the Tamil Nadu State’s ‘Kalaimamani’ Award in 2004.

The 54 years old versatile actor who married at the age of 26 has a son, Dhruv and a daughter, Akshita. The versatile actor is presently preparing himself for his next release, ‘Cobra’, directed by Ajai Gnanamuthu, in which Vikram is said to be appearing in a record number of 20 characters.

At this situation, on 9th of this month, Vikram received a most precious award, ‘Happy Grandfather’, presented by his daughter. Yes, we have to believe, Vikram is a grandfather now as his daughter; Akshita gave birth to a baby girl.

Many of us may know that, Akshita was married to Manu Ranjith, son of the leading FMCG personality CK Ranganathan 3 years back. And the venue of the marriage was the residence of the former Chief Minister of Tamil Nadu, M Karunanidhi, as Manu is his great-grandson.