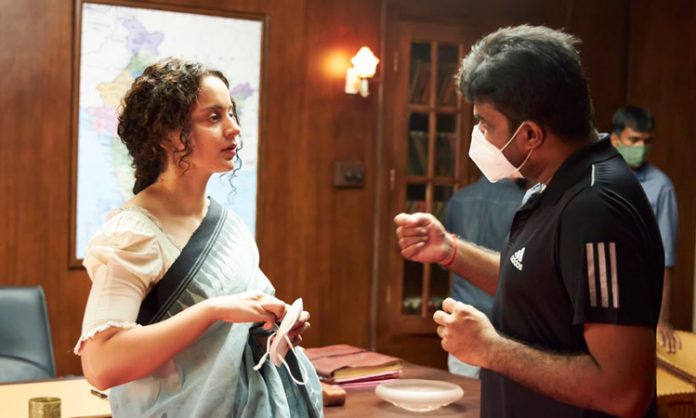 Kangana Ranaut, who played the titular role of ‘Thalaivi’, is all praise for the director of the movie, AL Vijay, referring him to a ‘Devta’.

‘Thalaivi’ is the upcoming movie, based on the life of J Jayalalitha, the farmer Chief Minister of Tamil Nadu. The project was announced a couple of years back, on 24th February, the birth day of Jayalalitha. Kangana Ranaut played the lead role as Jayalalitha and Arvind Swami as MG Ramachandran. Prakash Raj, Madhoo, Samuthirakani and Nassar were also in the cast, playing key roles.

The filming is completed and the movie is in the post production stage. Presently the dubbing works are on and Kangana has completed her part for half of the movie. At this stage, the actress has expressed her feelings about the director, AL Vijay, in a long tweet, on Tuesday.

She has stated that, apart from being an efficient director, he never gets angry or disgusted when she performs badly, but his eyes sparkle when she excels. Also he is so rare and pure a person, keeping away from alcohol and nonveg and avoids even tea and coffee. She regards him as more than a human being and misses him very much.

‘Thalaivi’ is in the final stage and is announced to hit the big screen on 23rd April.